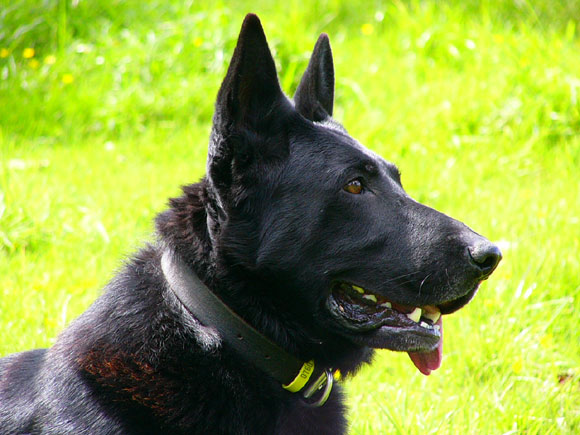 It all began with the re-training and re-homing of crossbred dogs from the pound. This provided experience in handling a wide variety of breeds and temperaments, in turn sparking my interest in the German Shepherd breed.

Later I was fortunate enough to be able to spend time observing and assisting a well respected Dog Trainer where my interest in the German Shepherd breed was furthered. I started to supply trained dogs for family pets, home security and for commercial security businesses.

In 1994 I bred my first German Shepherd litter, but over time became aware that there was another type of Shepherd around, one that didn't have the slope in the hind quarters, one whose colour was more likely to be dark sable, black, or black and tan. A dog who was higher in drive but most importantly had a solid sound temperament.

These dogs were mainly used for working purposes but could still easily fit into a family type situation. This was the type of dog I wanted to know more about so after much thought and investigation, in 2002 I imported my first "working line" bitch. Another three imports were to follow, and also several collections of Frozen Semen.

Looking back it has been one of the best decisions I've ever made.